It’s that time again for another monthly Merch by Amazon income report. For those of you following along, this is the 5th month I’ve been documenting my journey on Merch. I know I’m a few days late in posting this one, but nonetheless, here goes!

January was a pretty disappointing month for me sales wise. I expected sales to drop quite a bit after the Christmas rush, but a few other things that happened outside of my control that affected my sales as well.

I also wanted to point out that just because I had a rough month does not mean that I’ll be skipping income reports. I want my blog to be as transparent as possible. In order to do that, I’ll write posts on both good and bad months. This just happened to be a not so good month.

If you haven’t been following along, you should get up to speed by reading the previous income reports first.

What happened this month?

A few big things happened this month that were out of my control. Merch by Amazon is still in it’s infancy, and changes are bound to happen. For instance, this past December and January all of us were completely unable to upload designs. On top of that, there were many reports of account terminations in the various Facebook groups.

I too was scared of losing my account, even though I really had no reason to be. I haven’t had so much as a rejected design yet. But, I did end up removing close to half of my designs out of fear. What made it even worse was I removed them knowing I wouldn’t be able to re-upload designs for who knows how long.

It wasn’t just me who couldn’t upload designs – it was everyone. It especially affected those of us who are in the lower tiers. When 50% of your designs are gone, there’s really nothing left to do but wait.

Why did Amazon do this?

Up until this point, there was a huge problem with copycats stealing designs and reuploading them to Merch. Amazon took a pretty aggressive stance in December/January and started to terminate accounts for breaking any of the rules. We saw close to half a million t-shirts removed from Merch by Amazon during these two months. There were reports of accounts being terminated due to keyword stuffing, inactivity, using the phrase “Made in the USA”, marijuana, and anything political.

11 designs up for most of January just isn’t much to profit off of.

Why didn’t I just edit the bullet points?

Well, at the time, there was no way to just edit the description, bullets, title, or price. If I wanted to edit a design, I had to remove it completely, add new bullets, and then re-upload. Doing this removes any ranking the design already had, as well as any reviews that design may have had.

I removed all these designs knowing I couldn’t replace them for who knows how long. It wasn’t a very fun month on Merch – that’s for sure.

But, despite all of that, I still made some money with Merch. Here’s some stats:

January was the first month since I started Merch by Amazon that I didn’t log into my account every day to check sales. I would go days at a time without even logging in. Sales seemed to come in waves, and when you don’t see a single sale for days on end, you sort of move on to other projects to fill your time. I’m assuming these “waves” were due to algortihmic changes Amazon was making, but it’s really just a guess.

It’s funny – just a few months before joining Merch, I would have done just about anything to make an extra $150 a month. And now, I consider $140 a “bad” month. In reality – it wasn’t a bad month, it’s still a pretty damn good month considering the obstacles I faced. it may not have been as good as December, but I still made some pretty good money just for literally having designs sitting on Amazon.

Think back in time for a minute, why did you join Merch?

You probably joined for the exact same reason I did. You joined because you saw just how much money people were making with Merch. Maybe you saw a few pretty unreal screenshots from other Merch sellers, or realized you could put your design skills to use.

Even if you never made thousands a month off of it like they do, you expected to make something.

And that’s what I love about Merch. It really is one of the most passive forms of income online. And it’s really a lot of fun. The communities are great, and everyone is working towards a common goal. It takes $0 to start up, you can design your own shirts, and you can list them for free. And on top of that – you get paid royalties on those shirts for LIFE.

If you read my previous income reports – you’ll see that I was almost doubling or tripling my royalties since I started in August 2016. This month has been the only exception, and that’s because I removed half my designs and couldn’t fill my empty slots.

Despite a crazy month, it was all but forgotton the day I logged in and saw I was tiered up to 100!

I’ve seriously been waiting for this day for 4 months. Logging in and seeing my account had been tiered up and seeing I could upload designs again was seriously the best feeling ever. You’ll know the feeling I’m talking about once you tier up yourself.

At the 100 tier, I’m able to upload 2 t-shirt designs per day. Amazon had hinted at daily upload limits in the past, so I knew it was coming eventually. I would have loved to have joined Merch at the very beginning back when I could upload as many designs as I wanted per day – but at the end of the day, I’m just happy to still have my account, and am grateful to be able to upload designs again.

Every single day I upload my max quantity of designs. It’s sort of become a part of my daily routine. I wake up, upload my two designs, and continue on my with my day. I almost feel obligated to make time for Merch everyday.

It helps that I love anything and everything about the world of Merch. Skipping a day means I’m losing out on potential sales, and that’s the exact opposite of what I’m after. Merch is a numbers game; the more designs I have live, the more sales I will make. Pure speculation, but I think Amazon decides who to tier up based on sales AND consistent activity.

I don’t necessarily love spending time uploading designs or writing Merch bullet points and descriptions, but I do love to seeing my designs sell.

I’m excited to how I do after I fill all 100 of my slots in the coming months. February is already turning out to be a great month.

I could talk about Merch all day, but I think this is enough for one post. One of my goals for the rest of the year is to write more on Merch Pursuits. It’s been a pretty uneventful last 2-3 months, but now that I’ve tiered up, I feel like I have more to write about. So that’s what I plan to do!

Follow along if you haven’t already, because in my next few posts I’ll be going over the design business I started, how I outsource my designs, what my workflow is, tips to stay organized, the importance of product reviews, and much more.

Get some t-shirt idea inspiration below!

This is really interesting, never heard of Amazon Merch before.

Can you recommend a guide on getting started? 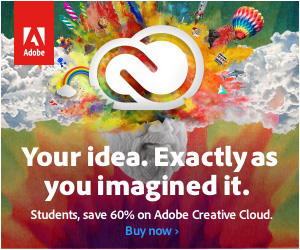